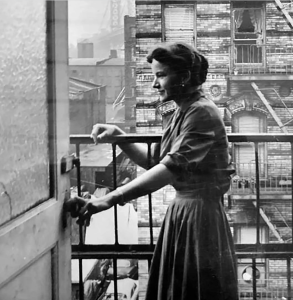 Cranbrook Academy of Art is saddened to learn of the recent passing of painter and illustrator Romaine (Ronni) Solbert (Painting ’48).

After gaining her MFA at Cranbrook, Solbert went on to work for the International Red Cross for several years in Sweden before returning to the U.S. to grow her art career in New York City. In 1953, she was awarded a U.S. Fulbright Scholarship which took her to India for research on folk and indigenous arts.

She is known both for her work in Abstract Expressionism and for her children’s book illustrations. Solbert met her partner of 50 years, Jean Merrill, in the city and they began working on children’s books together, eventually publishing eighteen together. The classic children’s book by Merril and Solbert, “The Pushcart War,” from 1964 is highly regarded as an introduction to nonviolent civil disobedience and actions even children could participate in.

Although she stopped illustrating later in life, Solbert continued her artistic practice later which expanded to include photography and sculpture.

In an artist’s statement, Solbert wrote, “Art is my sanity, joy, frustration and passion. My subject is the human animal, our relationship with each other and to the world we inhabit. I want the work to invite reflection, open perspectives and challenge the viewers’ emotional and intellectual responses.”

Read the full obituary in The New York Times 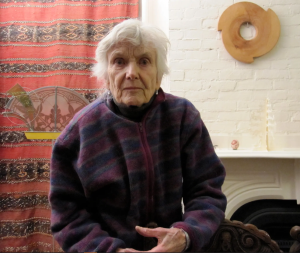