Cranbrook Academy of Art Mourns the Passing of Carl Toth 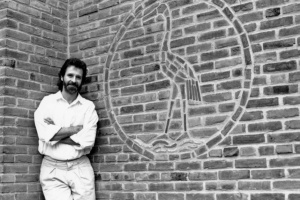 Cranbrook Educational Community mourns the passing of Carl Toth, who served as an Artist-in-Residence, and Head of the Photography Department at Cranbrook Academy of Art from 1972 to 2007. He helped establish the Photography Department, which was one of the first new departments added to the school since its founding in the early 1930s. During Toth’s 35-year tenure, he mentored hundreds of students who would go on to shape the world of photography.His work appears in the collections of the Museum of Modern Art in New York, the San Francisco Museum of Art, the Philadelphia Museum of Art, the Museum of Fine Arts Houston, and other cultural and corporate institutions in the United States and around the world. He received three Creative Artists Grants from the Michigan Council for the Arts and three individual artist fellowships from the National Endowment for the Arts.The alumni-organization exhibition, Carl Toth: Pioneering Artist, Photographer, and Educator, was shown at Endicott College and Wake Forest University in 2015. The exhibition materials include this comment from Toth about his work, “My interest in visual narrative grows out of a fascination with the ‘stories,’ both conscious and unconscious, embodied in family snapshots and photo albums. My early works were often parodies of snapshots and used people and animals as primary subjects. By the late ‘70s however, I had become interested in making work that would be somewhat independent of a ‘central character’ – the unifying device so common to most narratives across all strata of our culture. I began to work toward creating a visual meta-language capable of conceptualizing and articulating the slippery interface between our concepts of object and image. By the early ‘80s, I was using copy machines and collage techniques to fabricate my work.”Rick Bolton (Photography ’81), noted, “As a teacher, [Toth] was inclusive and supportive, receptive to a variety of styles and approaches, but always pushing students toward greater self-awareness. A lover of photographic history and theory, he provided students with a deep understanding of the medium, placing photography in a wide cultural and intellectual context that was useful and undogmatic. He was, as much as was practical, also a friend to his students. (The softball games he hosted on the Cranbrook lawn will not be forgotten.)”Toth received a BA in Literature and a Master of Fine Arts in Photography from The State University of New York at Buffalo.

Select photographs and lithographs of Toth’s are included in the permanent collection of Cranbrook Art Museum.Read the full obituary here.