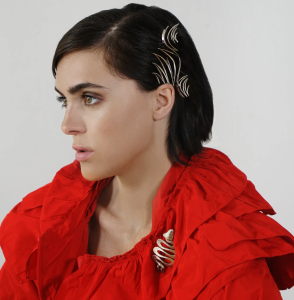 Architectural Digest looks at notable 20th-century artists and designers known for other mediums who also experimented with jewelry design, ahead of a new Sotheby’s auction. One is Harry Bertoia, who studied at the Academy in 1937. Bertoia came to Cranbrook on a full scholarship after Eliel Saarinen reviewed his portfolio of jewelry designs.

Did you know he also designed Ray Eames’ wedding band? The Sotheby’s auction will feature two brooches—silver abstractions of a crab and a snake—and a pendant made up of a series of vertically-suspended rods reminiscent of the designer’s kinetic sculptures.