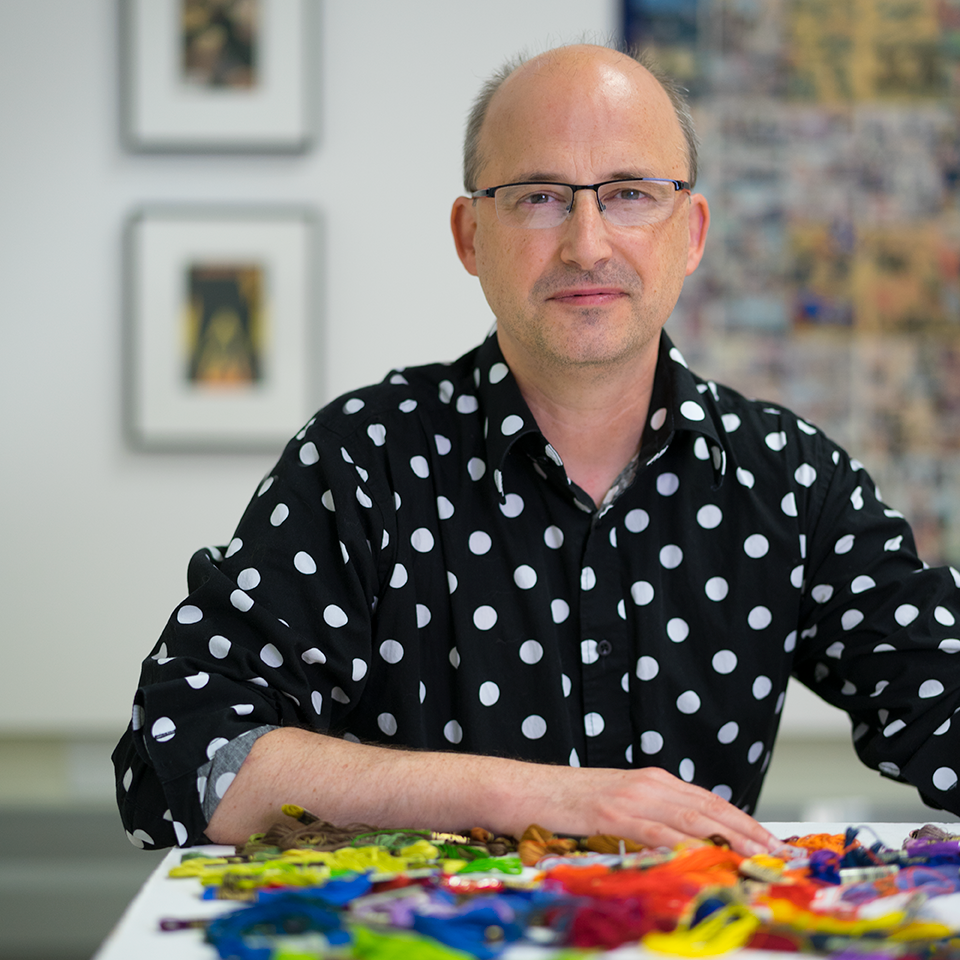 Bloomfield Hills, Mich., June 23, 2022 — Cranbrook Academy of Art announced today that Mark Newport, Artist-in-Residence and Head of the Fiber department, will leave the Academy at the end of the 2022–23 academic year in order to focus on his studio practice.

Newport joined Cranbrook in 2007 and is currently in his 15th year of teaching at the Academy of Art. An accomplished artist, Newport currently has work featured in the exhibitions, Garmenting: Costumes as Contemporary Art at the Museum of Arts and Design in New York and Catching the Moment: Contemporary Art from the Ted L. and Maryanne Ellison Simmons Collection at the St. Louis Art Museum.

“During Mark’s tenure, he has continued to advance the reputation of the Fiber department at the Academy, helping to secure its legacy as one of the most influential programs in the country,” said Paul Sacaridiz, the Maxine and Stuart Frankel Director of Cranbrook Academy of Art. “Through his work and teaching, he has expanded the ways we think about craft, art and design while broadening our understanding of fiber as a material-based practice. As a colleague, he has played a vital role in shaping the Academy, and we are profoundly grateful for the rigor and thoughtfulness he has brought to every decision we have made. He is a truly gifted educator and mentor, beloved by his current and former students, and we hope he continues to share those insights with all of us as moves on to his next chapter.”

His work is in the collections of The Whitney Museum of American Art, The Renwick Gallery of the Smithsonian American Art Museum, the Arizona State University Art Museum, Cranbrook Art Museum, and The Detroit Institute of Arts. He is represented by Simone DeSousa Gallery in Detroit, form and seek concept in Santa Fe, New Mexico, and the Greg Kucera Gallery in Seattle.

His work has been included in the prestigious Hangzhou Triennial of Fiber Art, 2019, in China; the 2019 Rijswijk Textile Biennial in The Netherlands; and the 2009 Renwick Biennial, as well as group exhibitions at the Textile Museum of Canada, The Mint Museum, The Textile Museum at George Washington University, and the John Michael Kohler Art Center.

Newport is the Academy’s 11th Fiber Artist-in-Residence since the department was launched by Loja Saarinen in 1932. He has mentored hundreds of students over the years who have gone on to become leaders in the field.

An international search process will be announced later this summer to secure Newport’s replacement. Coordinated by the Academy Director, a search committee will be formed with representation from current Artists-in-Residence, administrative staff, and alumni from the Fiber department.