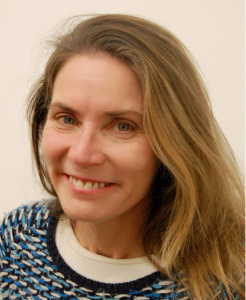 Bloomfield Hills, Mich., Jan. 31, 2017 – The Cranbrook Academy of Art Board of Governors and Christopher Scoates, the Maxine and Stuart Frankel Director of Cranbrook Academy of Art and Art Museum, announced today that Rebecca Ripple has been named the interim Artist-in-Residence for the Academy’s Sculpture Department. She will serve a one-year term, starting in the fall of 2017 and continuing through 2017-18 academic year.

Ripple replaces Heather McGill, who is leaving the Academy after 25 years. McGill was active in the recruitment and appointment of Ripple, who she feels will continue to support the innovative and inclusive environment she has created during her tenure. Rebecca Ripple comes to Cranbrook from Los Angeles, where she has held teaching positions at California State University, Northridge, University of California, Riverside, and California Institute of the Arts. She holds a Master of Fine Arts degree in Sculpture from Yale University and a Bachelor of Fine Arts Degree in Sculpture and Graphic Design from Alfred University.

She has exhibited throughout the United States and in Italy, at venues including Klowden Mann, the Los Angeles Museum of Art, Kristin Engle Gallery, Rosamund Felsen Gallery and the Brewery Project in Los Angeles, the Armory Center for the Arts in Pasadena, the Portland Institute for Contemporary Art, Tilt Gallery and Upfor Gallery in Portland, Ludwig Drum Factory in Chicago, and many others.

“We knew that finding someone to replace Heather McGill would be a challenge,” said Scoates. “She has left the Academy with an incredible legacy, and we wanted to be sure to find someone who can continue to direct the department with same dedication and spirit as Heather. We are thrilled that Rebecca has agreed to join us, and we know she is up for the task.”

Her work has been featured in Sculpture magazine, and reviewed in Los Angeles Weekly, the Huffington Post, ArtScene, Artillery, the Chicago Tribune, and American Craft.

“Rebecca has a long history of thoughtfully balancing her teaching appointments with a robust studio practice,” says Amy Green Deines, Dean of Cranbrook Academy of Art. “Our students will benefit from her experience, her views on contemporary art and community engagement, and her West Coast perspective. We look forward to adding her critical voice to our conversation.”

Ripple attended Skowhegan School of Painting and Sculpture, and has received multiple awards including a C.O.L.A. (City of Los Angeles Individual Fellowship) and a Nathan O. Freedman Endowment for Exceptional Creative Accomplishments Award. She will begin her tenure at Cranbrook Academy of Art in September of 2017. A search for McGill’s permanent replacement is ongoing.